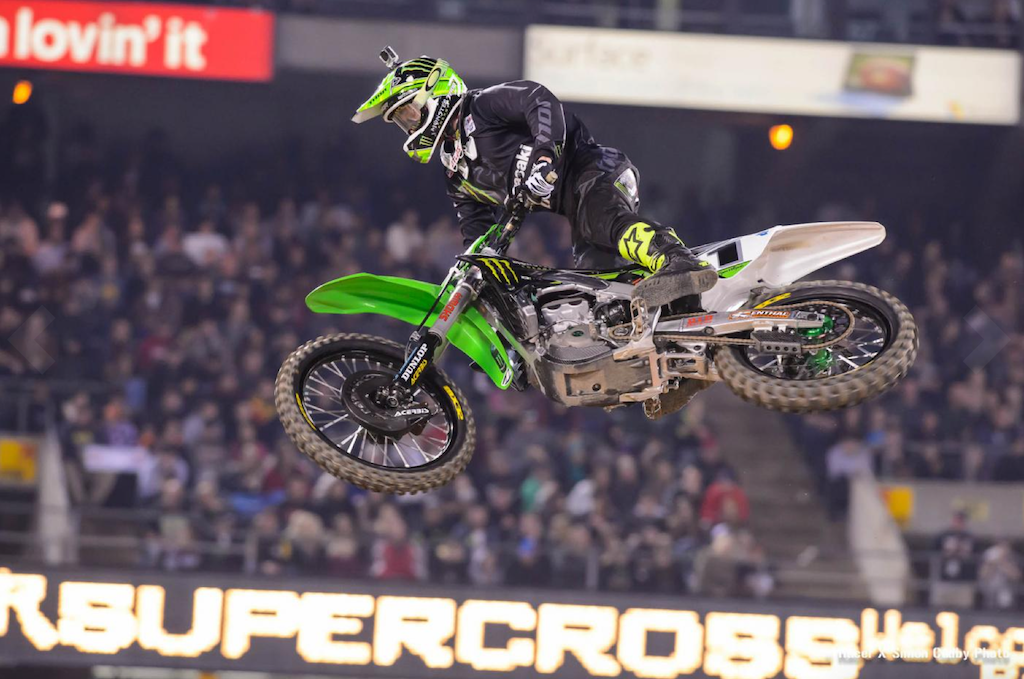 Irvine, Calif. (January 26, 2014) – Monster Energy Kawasaki’s Ryan Villopoto dominated in Northern California on Saturday in Oakland, setting the fastest lap time in qualifying, winning his heat race and leading every lap on his way to his second straight Monster Energy Supercross win at O.co Coliseum. His teammate Jake Weimer charged through the field after some early trouble to finish ninth and Discount Tire Two Two Motorsports Chad Reed put his KX™450F back on the podium finishing third.

After losing the championship lead and the familiar red backgrounds that come with the honor, Villopoto was determined to get back to the top. He started early in the week at the test track continuing to customize his KX450F to fit him and his riding style and the work during the week paid off.  The Washington native set the fastest time in qualifying, then went on to lead every lap of his heat race. In the main event, Villopoto was center stage and left everyone chasing the #1 on the back of his jersey as he made an aggressive pass just after the split section and never looked back. The Champ led all 20 laps and became the first multiple time winner this season.

“It feels great to get the win tonight,” said Villopoto. “I feel like we did last season. My whole Monster Energy Kawasaki team is putting in a lot of work at the test track so we can get the best possible setup on the bike. We made a few changes this week including the triple clamp and the results show the hard work is paying off. I feel like we are just starting to hit our stride.”

After the champagne was sprayed on the podium, Villopoto and his team got right back to work, heading out onto the track to take a look at the whoops section to see how they could improve for the next event. Rather than rest on his three consecutive titles, Villopoto is determined to out work and out race everyone in the field.

For the third time this season Monster Energy Supercross returns to Angel Stadium in Anaheim. With the Southern California drought conditions along with a dirt 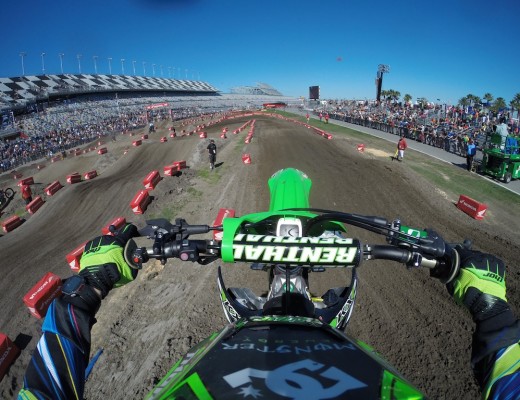