MORGANTOWN, W.Va. (July 18, 2011) – The most dramatic weekend of the 2011 Lucas Oil AMA Pro Motocross Championship season has led to a renewed title fight in the premier 450 Class heading into this Saturday’s Peterson CAT Washougal National from Washougal, Wash.

Heading into the eighth round of the summer from Washougal Motocross Park, TwoTwo Motorsports/Bel-Ray Racing’s Chad Reed, Monster Energy Kawasaki’s Ryan Villopoto, and Rockstar/Makita Suzuki’s Ryan Dungey are covered by a mere seven-point margin. In the 250 Class, the Monster Energy/Pro Circuit/Kawasaki trio of Dean Wilson, Tyla Rattray, and Blake Baggett lead the way, maintaining an undefeated record for the team through seven races.

Last weekend at Spring Creek Motocross Park, Dungey raced to his second win of the season, with Villopoto in tow for the runner-up spot. Following a dominant first moto victory, Reed looked for the sweep, passing Villopoto for the lead on the opening lap of Moto 2. However, shortly thereafter, Reed lost control of his motorcycle, and suffered a frightening free fall. Despite a severe impact with the ground, Reed came away unscathed, caught his breath, and made a remarkable return to action. While his championship rivals engaged in an exciting and dramatic race for the win, Reed battled his way through the field to finish 14th in the moto, landing him fifth overall. As for Dungey, he overcame a near seven-second deficit to chase down Villopoto, and make an aggressive pass for the lead on Lap 13 of 17.

With Reed’s misfortune, the strong efforts by both Dungey and Villopoto helped them gain considerable ground in the championship, decreasing the deficit both riders faced. Now, Villopoto sits just six points out of the points lead, while Dungey follows one additional point behind, seven points from the top of the standings. With the exceptional parity in the premier division amongst these three riders, the title fight is now wide open and each competitor will look to put his best foot forward this weekend at Washougal.

Through seven rounds of 250 Class competition, Mitch Payton’s Monster Energy/Pro Circuit/Kawasaki squad has yet to give up a single moto to the remainder of the field. As a result, Wilson, Rattray, and Baggett occupy the first three positions in the standings, continuing to trade wins amongst one another.

At Spring Creek, Wilson looked to break through for his first overall victory of the season, kicking off his day with his fourth moto win, and fending off a hard charging Rattray. However, in Moto 2, Rattray was able to position himself out front early, forcing Wilson to give chase. Despite the Scottish rider’s best efforts, he was able to track down his fellow international competitor and settled for his fifth runner-up effort of the 2011 season. On the plus side for Wilson, he tied Rattray for points on the day, helping him maintain his 16-point lead in the 250 Class standings coming into Washougal.

Washougal Motocross Park is one of the oldest stops on the Lucas Oil AMA Pro Motocross Championship schedule, and is the only round of American Motocross to run in the beautiful Pacific Northwest. The first AMA National was held at Washougal in 1980, and with the exception of 1987, the track has been a part of the tour for the last 30 years. Over that span, the facility has been the site of many of the sport’s most memorable moments, and has become one of the most challenging circuits on the schedule. Washougal boasts one of the largest climbs on the circuit, with the iconic Horsepower Hill. Its picturesque setting, surrounded by evergreen trees and rolling hills, make it a must see for any motocross enthusiast.

Last year at Washougal, Dungey continued his dominant run to the 450 Class title, sweeping the day’s motos to secure his seventh win of the year. Coming off his triumph at the previous round, Dungey will look to replicate that performance. Last season in the 250 Class, eventual champion Trey Canard continued his incredible second-half resurgence, also winning each of the day’s motos for his third straight victory. Making the move into the 450 Class for 2011, Canard made his summer debut last weekend, earning an overall podium result. He will look to mix it up with the title contenders on Saturday.

The on-track action for the Peterson CAT Washougal National begins this Saturday at 11:30 a.m. EST with practice and qualifying. Opening ceremonies begin at 3:30 p.m. EST with motos kicking off at 4 p.m. EST. 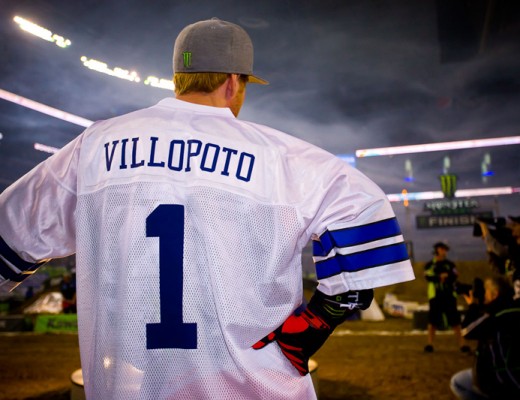