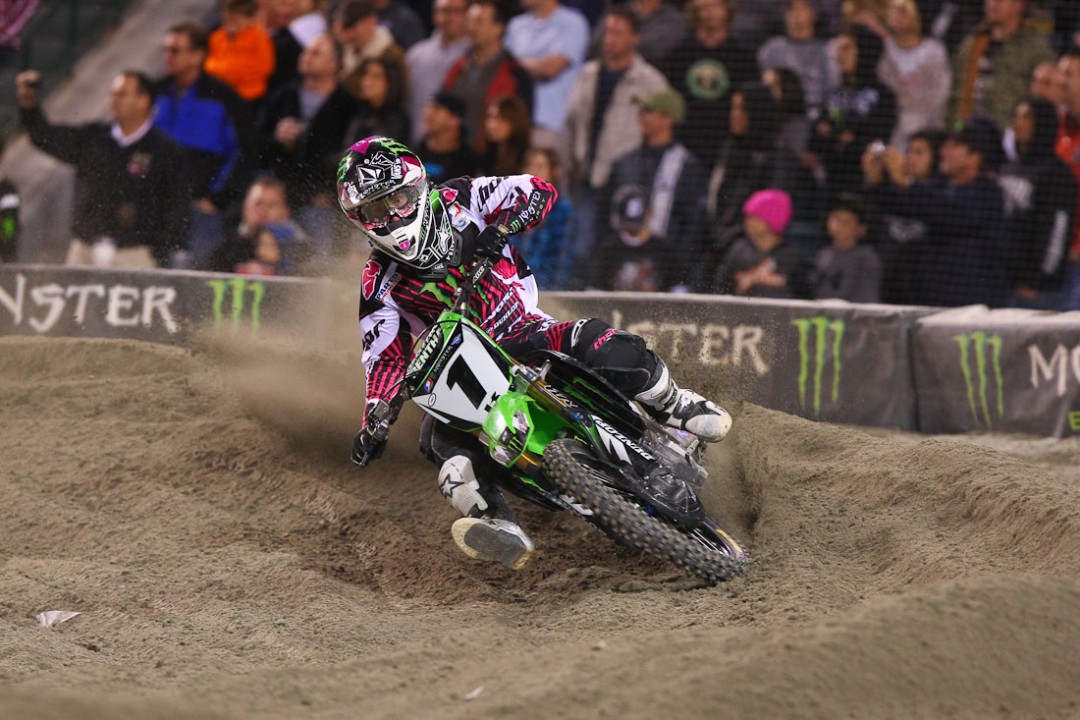 Yoshimura Suzuki’s Brett Metcalfe grabbed his first Nuclear Cowboyz® Holeshot of the season to start the Supercross Class Main Event with Villopoto and his Monster Energy Kawasaki teammate Jake Weimer in tow. Villopoto took the lead on the second lap while a battle ensued between TwoTwo Motorsports/Bel-Ray/Honda’s Chad Reed, JGRMX’s James Stewart and Red Bull KTM’s Ryan Dungey behind him. On Lap 3, Reed charged through the pack and made a pass on Weimer to assume second place. Shortly after, Weimer lost his position to Metcalfe.

Midway through the race, Stewart passed Metcalfe for third, but went down a few laps later in the whoops and handed over the spot to Dungey. Back in front, Reed and Villopoto were bar to bar, and on lap 18, Reed stole the lead, but was unable to hold it as the duo came up to the white flag. Reed went on to secure second place with Dungey rounding out the podium in third.

“The whoops were treacherous tonight,” said Villopoto. “I knew it was important to be consistent every lap. Battling Reed on the last few laps was exciting and I was able to make a good pass. I’m happy to keep the red plate on my bike and am excited for the Dallas race next week.”

Troy Lee Designs/Lucas Oil/Honda’s Vince Friese opened the Western Regional Supercross Lites Class main Event with the Nuclear Cowboyz Holeshot with Wilson trailing closely through the first turn. Wilson quickly passed Friese and held the lead for the remaining 20 laps. GEICO Honda’s Eli Tomac, of Cortez, Colo., who controlled the points lead heading into the night, started mid-pack and charged his way to third place, however on lap seven, he crashed in the whoops to surrender his podium spot and points lead. With Tomac crashing out, JDR KTM’s Matt Moss moved into third place to secure his squad’s first podium of the season behind Troy Lee Designs/Lucas Oil/Honda’s Cole Seely.

“I’m absolutely ecstatic with the win,” said Wilson. “I knew I needed to run consistent laps out there and get through the whoops as fast as I could all night long. Eli [Tomac] is a tough competitor, so it’s a bit of a surprise to be in the points lead, but I’m going to work my butt off during the break to try and stay there.” 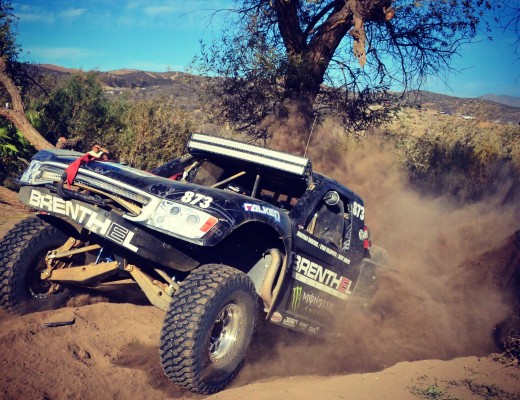 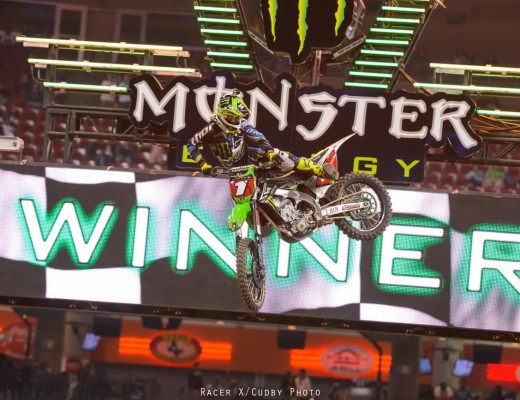