“The track was slippery tonight, but I had to ride hard and ride smart,” said Villopoto. “I’ve learned from a few mistakes I have made this year, so I am happy to finish second and move on to next weekend’s race in Houston.”

Stewart extended his championship points lead to five over Villopoto.

“I am so proud of everyone on my team for making this happen,” said Stewart. “It’s awesome to come here and win in front of a sold-out crowd here at Angel Stadium. I am out here racing against the best guys in the world, so this is never easy.”

Defending Supercross class champion Ryan Dungey did not finish tonight’s race due to a mechanical failure.

Tomac and Hansen traded places for the lead on lap 10 before Hansen used an aggressive move to secure the lead and ride to his third race win of the season. Tomac finished second and Roczen finished third, marking the first podium of his career. 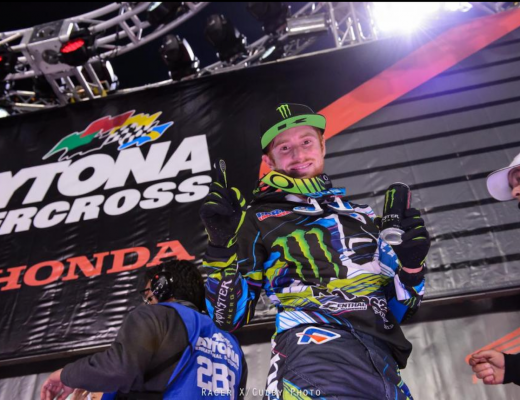 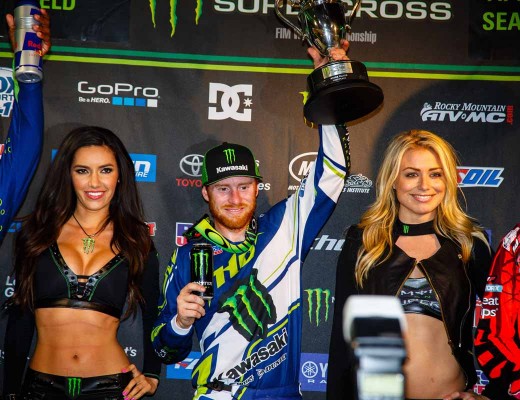