ANAHEIM, Calif. (January 8, 2011) – The 2011 Monster Energy Supercross, an FIM World Championship, season got underway on Saturday in front of a sold out crowd at Angel Stadium.

The most anticipated season in the history of the sport was kicked-off by with a convincing win by Monster Energy Kawasaki’s Ryan Villopoto, of Poulsbo, Wash. In the opening race of the Supercross Lites Western Regional Championship, Monster Energy/Pro Circuit Kawasaki’s Josh Hansen, of Elbert, Colo., led a clean sweep of the podium by Kawasaki.

As the gates dropped on the Supercross class main event, Dodge/Hart & Huntington Kawasaki’s Ivan Tedesco, of Murrieta, Calif., raced to the holeshot with Villopoto and Red Bull KTM’s Mike Alessi, of Victorville, Calif., in tow. Villopoto made quick work of Alessi, taking over the top spot on the first lap before going wire-to-wire for his 10th career win in the class.

“This is a nice way to start out the season,” said Villopoto. “Starting out this way makes things much easier. I hope I can start putting together some more wins and a championship this year.”

“I got off to a decent start and had to play some catch up out there,” said Dungey. “During the week, I’m going to work hard to get ready for Phoenix. I’m glad that I put my Suzuki up on the box tonight.”

“I almost went down a few times,” said Stewart. “Next week, I’ll work on my starts and be prepared for Phoenix. I tried my best to get up there. Once I got into third, I tried to make up some time on Ryan (Dungey) but ran out of laps.”

In the Supercross Lites class, it was all Monster Energy/Pro Circuit Kawasaki. In his debut for the team, Broc Tickle, of Holly, Mich., grabbed the early lead and led for eight laps before getting passed by Hansen just at the finish line. The duo then opened up a considerable gap over the field.

“I’m happy to be here and get back on my feet and head down the right path,” said Hansen. I have a great crew around me, and I am really excited about tonight. I have a lot of people to thank for sticking by me. I’m excited for the season.” 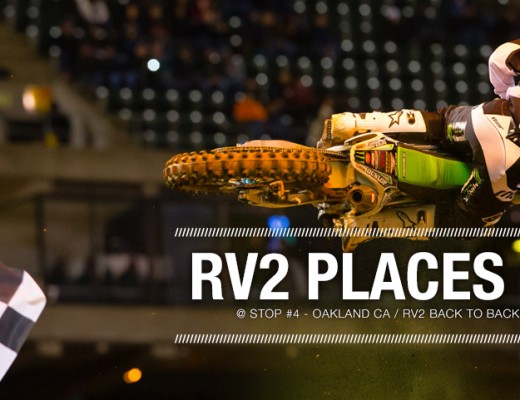