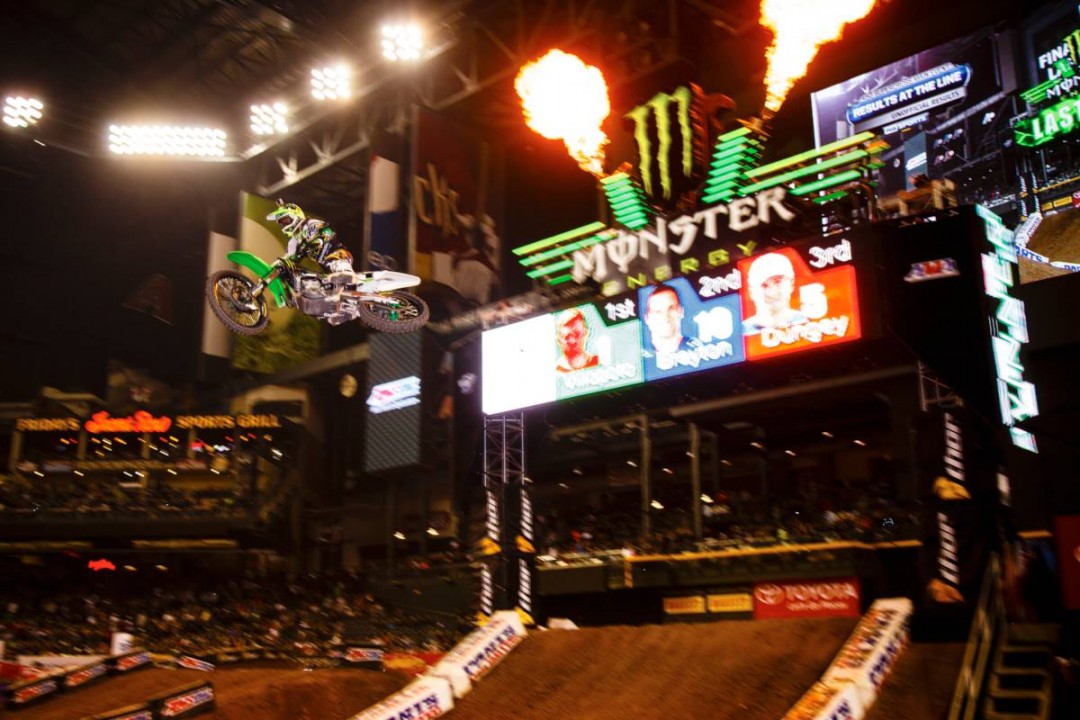 We had one week of parity and then the champ has to come in a restamp his authority over the series. Monster Energy Kawasaki’s Ryan Villopoto didn’t just win on Saturday night in Phoenix, he did it while passing most of his toughest competitors. Some shock changes between round one and two apparently helped—because one thing is for sure, it wasn’t a tire change that made the difference. Read on.

Racer X Online: Take us through the race a little bit.
Ryan Villopoto: I didn’t get the good start. The gate here is always a tough decision. You look at the pad, and there are just straight tire marks behind the gate. It makes it tough to get a good gate and not have wheelspin. In the qualifier I felt like I had a good jump, and I spun, and in the main, I was too soft. You only have two times to get it right and I didn’t get it right in any of them. But I was able to make my passes smoothly.

Was it tough to work up? It looked like it took awhile.
It was tough. All of the guys were riding good, Ryan [Dungey] and especially Justin [Brayton], he was riding great. So it made it tough. You really had to make your passes stick, or else you would get into those battles like you saw some of the guys get into. The first five laps were pretty crazy, you saw guys just sticking it in everywhere. That’s probably exciting to watch for the fans, but as a racer, it’s like, let’s just calm down and start racing. You’re just waiting to get taken out, it just sucks to race that way. 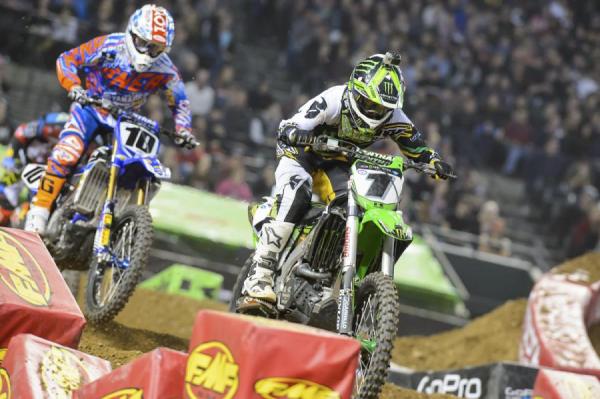 Did the lines change as the night went on?
Yeah they did. The start here just kept pushing out and pushing out. Everyone knows Phoenix is typically really hard and slippery. Takes a lot of throttle control, and keeping your speed going—[you have to have] good roll speed. You can’t change your line up too much because the track is only so big, you just have to try t o hit your marks to the end.

Justin kept you honest right until the end.
He did. His strongest point on the track was probably the whoops. Then probably three laps from the end I spun before the triple, and that allowed him to close up. It was good. We kind of know what we need to work on a little bit.

Talk about last week compared to this week.
Last week was a bummer. We made a shock change and that made a really big difference. This track is slippery and mistakes are easy to make so that helped. We think we know what caused some of the issues we had. I felt good, for Anaheim 1 it was okay. I won there two times in a row, then last year was pretty bad. So, fourth was okay.

How much did the dirt change here from beginning to end? Seemed like a totally different track from where it started.
It is. Phoenix just gets really dry and it makes it hard to make a tire choice. We try to run the best tire, but sometimes that tire can start to come apart a little bit on this hard dirt, so it’s a little bit of a gamble on what to run. Do you want just medium traction and the tire to last the whole time? Or do you want better traction but you chance it fading away the last five laps.

Wait, wait. I thought you never change your rear tire.
We didn’t. We actually did run the same tire all day today. But previous years, we’d stick to the same tire, but recently we’ve improved the bike and we’ve had some options.

So you do change it up a little bit here and there.
Sometimes, yes. 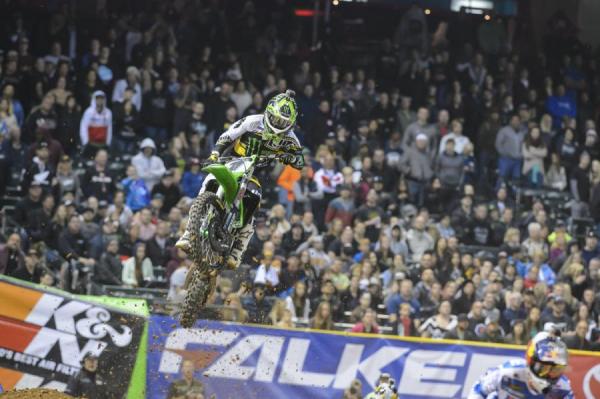 “We made a shock change and that made a really big difference.” – Villopoto
Simon Cudby photo

Daytona. Will you run a different tire than you did here?
Probably not.

Come on!
Probably not!

That’s a pretty big difference! Daytona and Phoenix. No?
Would you want a sand tire out here?

That’s my point! No!
I know but we’re running one.

[Mechanic, Mike Williamson] We ran the same tire here we ran all outdoors. 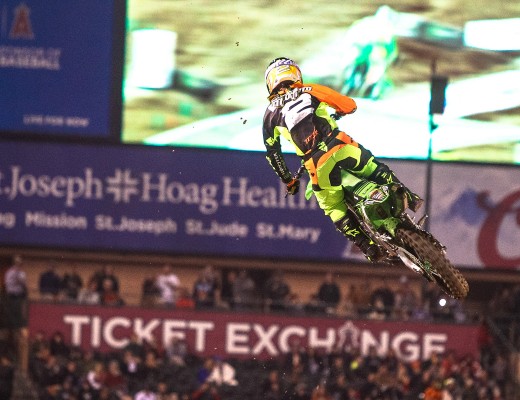 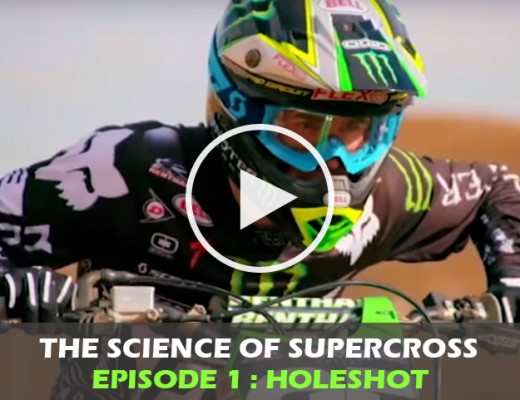 The Science of Supercross: Episode 1 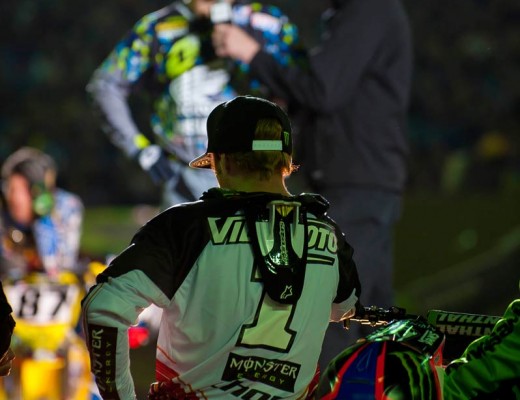