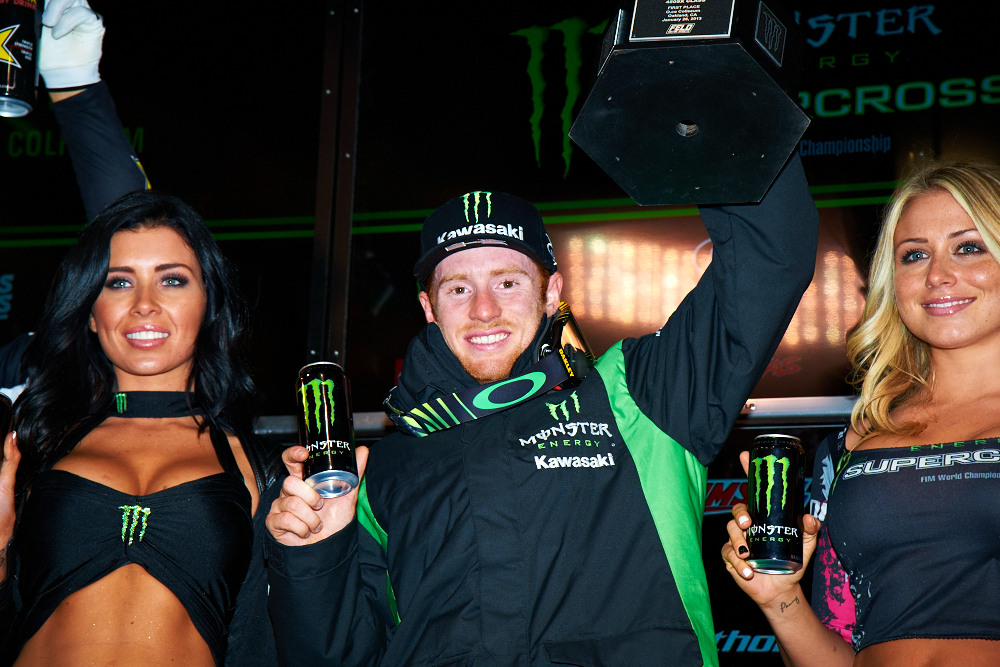 Villopoto became the first repeat winner in this parity-packed season and is quickly making up for his 16th-place finish at the season opener. Villopoto has five career wins at Angel Stadium and is hoping to win his third-consecutive race of the season this Saturday.

“The points race is what we are going after, and winning the holeshot gives you a great advantage,” said Villopoto. “We made some changes to the bike today that I think really helped us out there tonight, so hats off to my team. It is a long season, and we are going to keep plugging away.”

Millsaps finished second in Oakland last weekend and controls the points race for the first time in his seven-year career.

“It was a good ending to a day that started off not that great and I’m pretty excited about it. Pretty cool ride,” said Millsaps following Oakland. “First practice and second practice were not that great. Third practice was better but I was still uncomfortable and not feeling it. Even in the Heat Race I was struggling. To come out on the podium, I definitely got my confidence back up [to where it needs to be]. Next week is next week. I’m going to take this one step at a time.”

Red Bull KTM’s Ryan Dungey rounded out the podium with a third-place finish.

In the early stages of the 450SX Class Main Event, a huge crash in turn two collected TwoTwo Motorsports’ Chad Reed, Yoshimura Suzuki’s James Stewart, Toyota/Yamaha/JGR’s Josh Grant, and Team Honda/Muscle Milk’s Justin Barcia. Stewart, Reed, and Grant re-entered the race near the back of the pack and Barcia was forced to withdraw from the race.

In the 250SX Class’ Main Event, Roczen moved into the lead on Lap 11 and rode the third win of his career. Troy Lee Designs/Lucas Oil/Honda’s Cole Seely finished second and Rockstar Energy Racing’s Jason Anderson finished third. Roczen has an 11-point lead in the season point standings over Seely.

“I am so happy with this win tonight,” said Roczen. “There was a lot of bar banging on that opening lap, but I charged hard and got out front. I am excited to bring this momentum back to Angel Stadium next weekend.”

GEICO Honda’s Eli Tomac, who came into Oakland with a nine-point lead in the championship and a three-race winning streak, crossed the finish line on the opening lap in eighth place. On the following lap, he re-entered the race in 18th place. On Lap 5, he crashed again in the whoops section and was unable to finish the race. He now sits third overall, 15 points out of the lead.

The first supercross race held in Anaheim was December 4, 1976, when Marty Smith won on a Honda. This weekend’s race will be the 60th time the gate will drop for a race in Anaheim in 38 years. James Stewart, Ricky Carmichael and Jeremy McGrath are tied on the all-time 450SX Class win list in Anaheim at eight. Ivan Tedesco holds the 250SX Class all-time win record in Anaheim with five wins.

Tickets and pit passes are available at the Angel Stadium Box Office, all Ticketmaster Outlets, participating Yamaha Dealers, charge by phone at (800) 745-3000, or online at www.supercrossonline.com and www.ticketmaster.com.  Practice and qualifying begin at 12:30 p.m. and the main event starts at 7:00 p.m. Tickets for adults or children are: Club Seats $85, Gold Circle $60, Price Level 3 $45, Price Level 4 $35 and SuperValue Seats $20.  All seats are $5 more day of show. Pit Passes are available for purchase at the Angel Stadium Box Office or Ticketmaster.com for $10 or for FREE when they purchase at participating Yamaha Dealers or when they recycle a MONSTER Energy Can at the stadium’s Pit Entrance on race day from 12:30-6:00 p.m. Tickets are subject to convenience and handling charges and are $5 more on the day of the race.

Past Winners in Anaheim 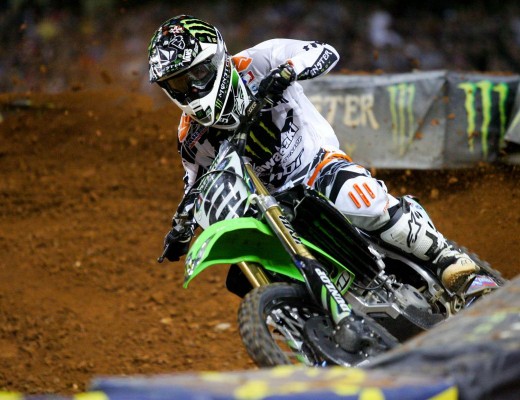