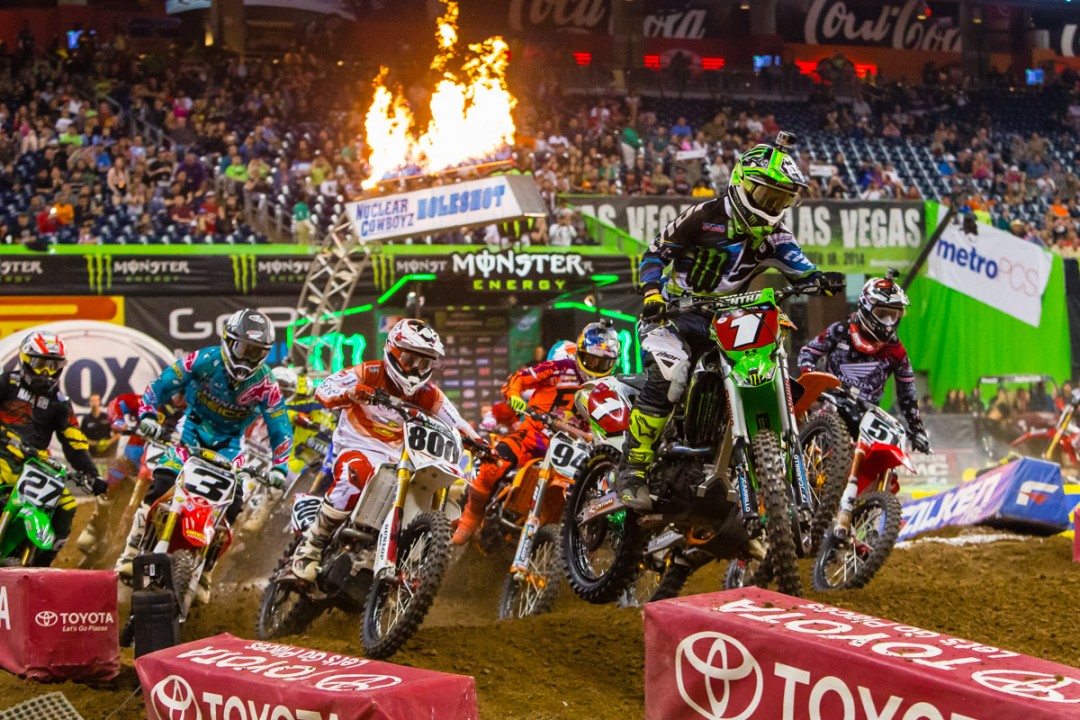 Irvine, Calif. (April 7, 2014) – There were no problems in Houston on Saturday night for Monster Energy Kawasaki’s Ryan Villopoto as the three-time defending Monster Energy Supercross champion rocketed out to the holeshot at NRG Stadium and never looked back to earn his fourth win of the season. Villopoto entered the Houston round looking to regain some championship momentum but after a crash in his heat race, which sent him to the semi, the three-time supercross champ would have to dig deep. A thrilling last corner pass for the win in the semi to set up the rest of the night as Villopoto jumped out of the gate with a strong start, collected the holeshot and led wire-to-wire to get his fourth win of the season.

“As we get closer to the end of the season, I still want to win races,” said Villopoto. “There were some tricky sections on the track tonight and the whoops were gnarly. James (Stewart) has been on a roll recently and I knew I had to come out here and get a win to take away his momentum.”

With his win in Houston, Villopoto took another step closer to claiming his fourth straight Monster Energy Supercross title. RV gained 10 points on his nearest competitor and he now holds a 45-point advantage with just three races remaining.

Next week marks the return to the Pacific Northwest, home of both Villopoto and Hill. Both riders will be looking to take home a victory on their home soil as Monster Energy Supercross heads to Qwest Field in Seattle.