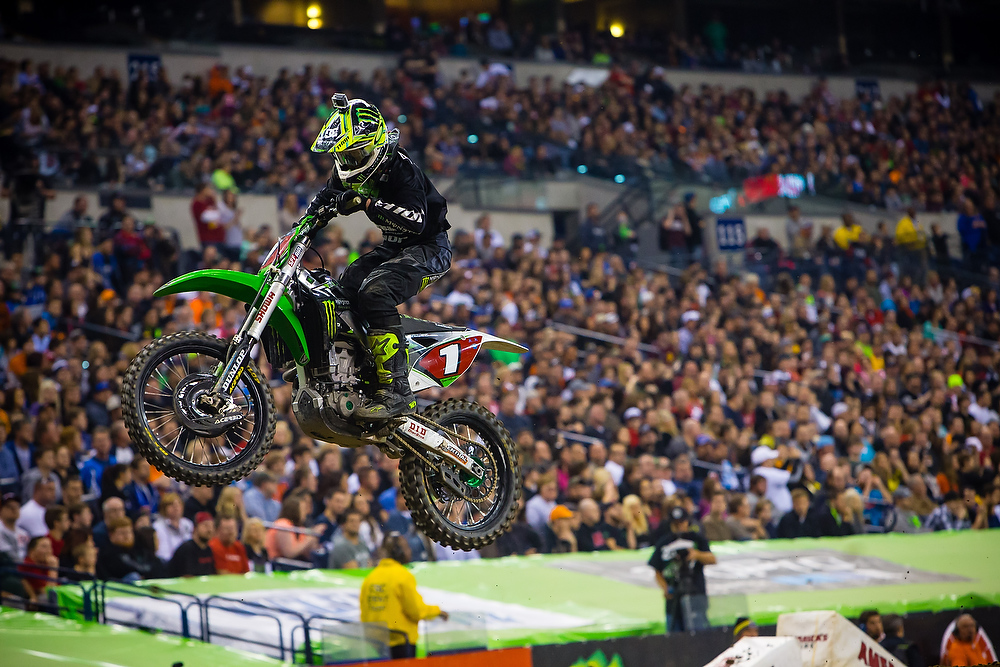 Round 9 of Monster Energy Supercross from Lucas Oil Stadium in Indianapolis, IN, produced not only one of the toughest tracks of the year, but also the first time Villopoto would have to work his way through the entire field. A tight first corner produced carnage in the main event, as points leader Ryan Villopoto along with Ken Roczen got tangled out of the gate, which caused them both to go down. Once Villopoto remounted his Monster Energy Kawasaki, he was picking riders off left and right to salvage as many points as possible and managed to work his way all the way up to 4th position. “The track was gnarly tonight and got a few us, including Kenny. I was able to put my head down and charge up to the front and leave with a solid points lead.” Said Villopoto. Now the series heads south to Daytona while Villopoto now has a points lead of 23 over Ryan Dungey. 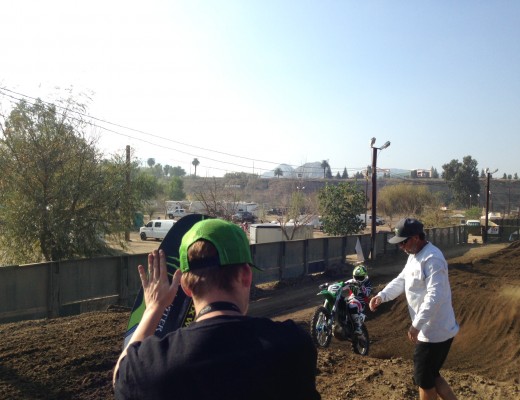 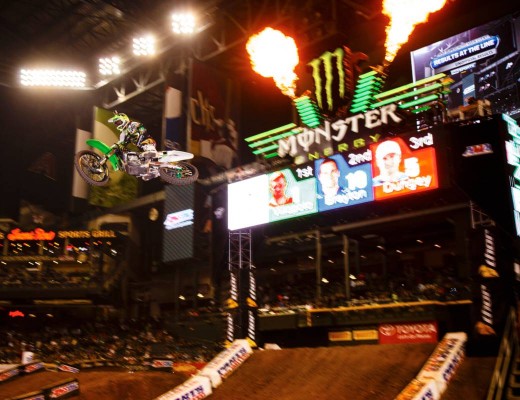